First stop after leaving Craig’s place was the market at Le Vigan, about a dozen km down the hill from Notre Dame. The Saturday market was in full swing, including the horse butcher who is only open on Saturdays. I was lucky enough to find him open and get the chance to see what all the fuss is about. I won’t keep you in suspense, it tastes exactly like beef. George has many more questions about the consumption of horse in France. He wants to know how many tonnes are consumed, why the horse butcher is separate to the normal butcher, what percentage of a horse the butcher would sell in a day, are horses bred specially for eating or do they just eat the old knackered ones? The list goes on. Despite reading many books on France, including ones that concentrate on food, he’s never seen any reference to horse eating. Perhaps there is some shame to it, or some consider it taboo or unseemly.

The ride today proved to be somewhat brutal but picturesque. A number of very steep and prolonged climbs saw us log 1800m of ascent for the day. The number might not mean much to you, but trust me, that’s a lot of uphill. And of course the wind was in our face again. Craig was King of the Mountain, leaping away from us whenever the road turned upward. His legs will no doubt pay for that later.

One stretch of road on our first climb was particularly traffic free as the road had been blocked and was largely missing for a stretch except for a narrow ledge that we were able to walk across with a deep canyon next to it.

We also passed a small hydro plant that looked like it was built some years prior to the ones run by my employer. And then another climb started…

We ended up camping in a quiet patch of forest well protected from the howling wind, where I was able to cook my horse in peace and enjoy the beef like flavour before collapsing in my tent to snore the night away. 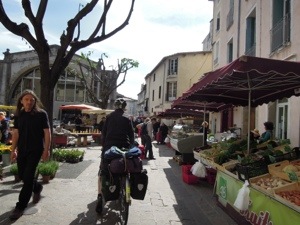 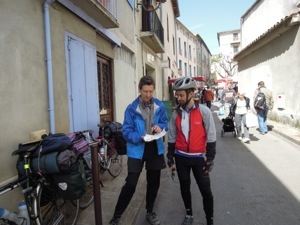 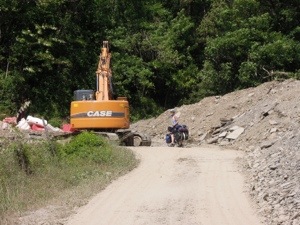 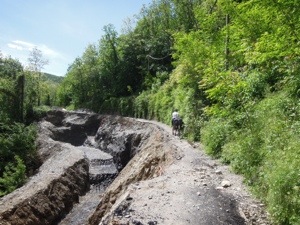 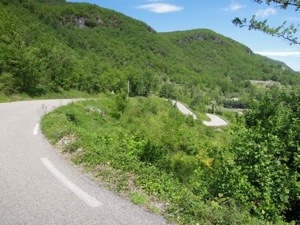 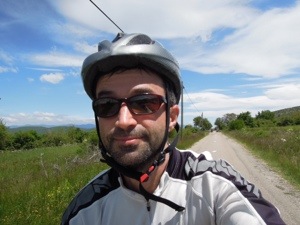