A slow start to the day saw us cover about 40km by lunchtime pushing into a moderate headwind. The sight of a McDonalds M on the horizon had me pulling in for a “dooble latte” and “dooble cheese” burger, then grocery shopping in the adjacent Carrefour.

Our goal at this stage was to George’s friend Craig’s house up in the Cevennes. At a distance of 150km this wasn’t looking very likely at our lunch stop, particularly with a headwind pushing against us.

By 4 in the afternoon we had reached the 70km mark and decided to go for it and cover the remaining 80 before dark, rather than camp within a few dozen kilometres of Craig’s. The wind wasn’t too bad but steady so we plugged along grinding down the kilometres.

Approaching the Cevennes the scenery started to get more rugged and agricultural. George claims that this area is the French equivalent of the Appalachians. Hillbilly country in the south of France. Robert Crumb apparently lives in the area after escaping the horror of the US, and the tiny village that Craig lives in has a few English speakers. I can see why people escape to an area like this with its green and rugged scenery and lack of tourism.

The last 30km was hard going, with a gradual ascent all the way to Craig’s. we eventually rolled up to his front door at just after 10pm, where Craig welcomed us into his beautiful little 200 year old French terrace house.

The following day was a rest day, running some errands in Craig’s classic 2CV and meeting some locals. George is keen for me to try horse meat so when we visited the boucherie he had Craig enquiry as to whether he had any for sale. Apparently horse meat butchers are wholly separate to normal butchers to avoid confusion between beef and horse, and this butcher had none for sale. Perhaps tomorrow as we pass the market in Le Vigan I can pick some up for a campsite horse feast.

And George couldn’t resist pulling an ancient rusty mixte bike frame out of a dumpster at the local recycling centre. 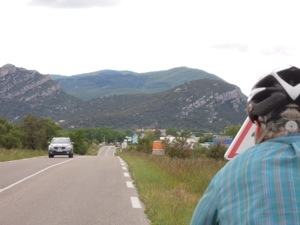 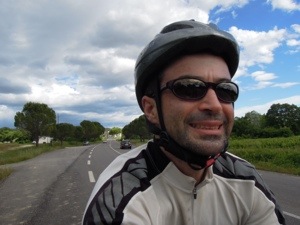 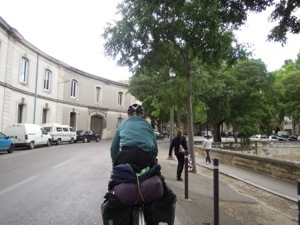 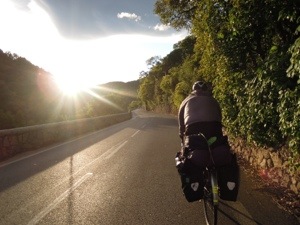 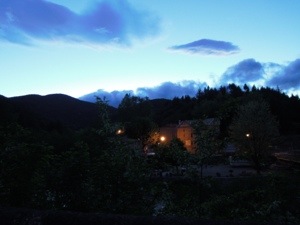 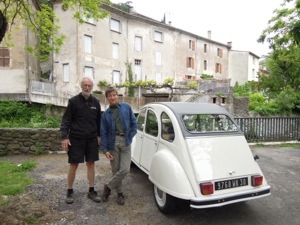 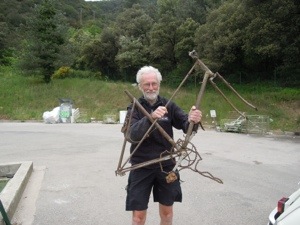