George and I awoke next to the fast flowing river at Saint Antonin and climbed out of the village toward Cahors. I actually ended a previous trip cycling trip with Yui in Cahors, and this was the start of seeing familiar towns in the Lot and Dordogne departments that I passed through about eight years ago.

We were making good time, and George was keen to push on today, as our host in Degagnac, Yvon, was heading out to see a professional table tennis match at about 6pm. In order to tag along we needed to cover the undulating 93km to Yvon’s house before then. As it turned out we had time to spare, and I was able to have the most glorious shower in the history of the universe when we arrived.

Yvon had a full schedule of activities for us that promised to fill our rest day there. He and his girlfriend Collette were amazing hosts and kept us fed and entertained throughout.

Yvon is a well known and respected ping pong champion who has refereed at the national level and still plays competitively. He also coaches a local team that he helped to start in his village. He’s certainly passionate about the sport and keen to introduce others to its nuances.

Our first ping pong exposure was getting into Collette’s car for a rocket ship ride through back roads to Villeneuve sur Lot, where a local team were taking on a team from Paris. Having never seen a match before it was certainly interesting, including the obsessive wiping of the table by the players with their hands and towel breaks etc. The local team won easily, despite the Paris team including a former national champion of France.

The next day we dabbled in little table tennis ourselves in Yvon’s shed and had an amazing home cooked meal with an American couple who live in the area.

A visit to Rocomador was also on the agenda, and Yvon’s F1 driving through the winding back roads made George so sick that he spent the next hour prone in the car. George prefers the bike. 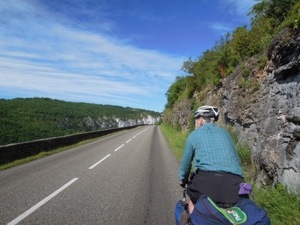 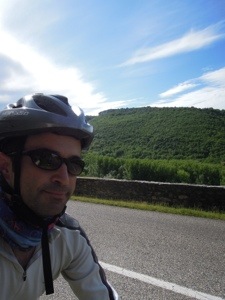 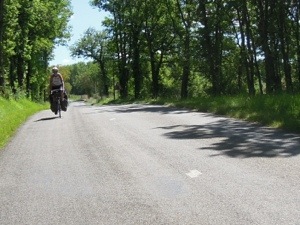 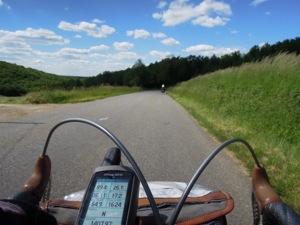 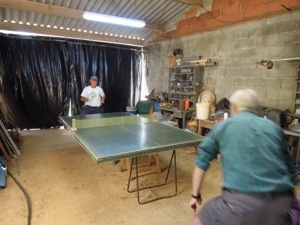 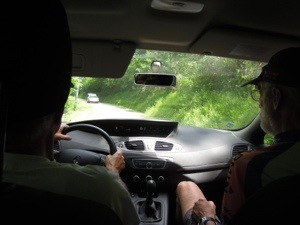 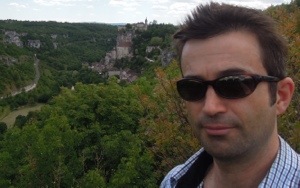 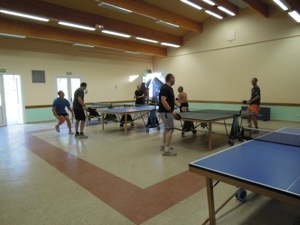 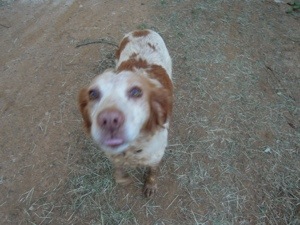 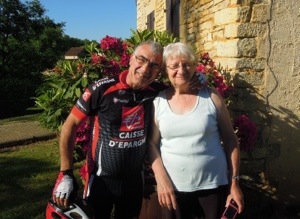