After escaping the mayhem at the end of yesterday’s stage, George and I rode toward the beginning of stage 3 to get a head start for the following morning. We ended up camping in a park in a small village near Wahagnies after a failed attempt to find a spot in the adjacent forest / ornithological reserve which was way too damp and overgrown to camp in.

While cooking my salmon, a small brown dog owned by a guy fishing nearby decided to pester me, licking the lid of my butter container, and generally sticking his nose in wherever he could. Then the owner called him over and have him the hiding that I was tempted to.

The next morning we made some good progress on the Tour course, getting to about the 60km mark before the police kicked us off. It was about an hour wait before the caravan of sponsor vehicles arrived, throwing trinkets out to people lining the course. Then another 45 minutes until the race arrived, announced by a phalanx of helicopters. Five of them!

We then raced back down the course trying to scavenge course markers but an official van of guys just beat us to them.

Next stop was the town of Lens, where George finally got to see the grave of Maurice Garin, first winner of the tour de France. He also broke into the locked velodrome named after him in order to get a photo of the memorial plaque. We caught the end of the race on tv at a Cuban themed bar, where we met a friendly French fellow who spoke English, use to work as a chef for Ron Clarke in Bath, England and also claims that Lens is the friendliest town in France.

The next two days will be spent hoiking it down to Epernay so we can catch the stage on Friday to Metz. We hope to catch up with the German messenger crew at the big screen at Metz. 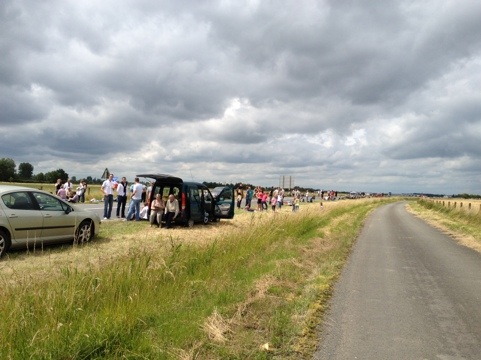 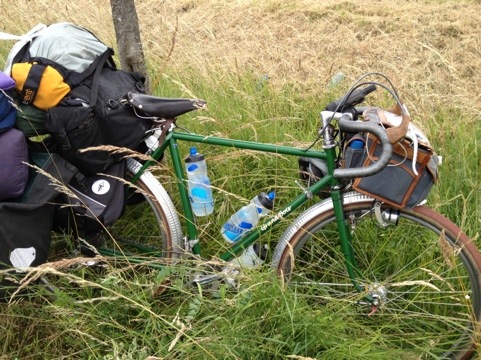 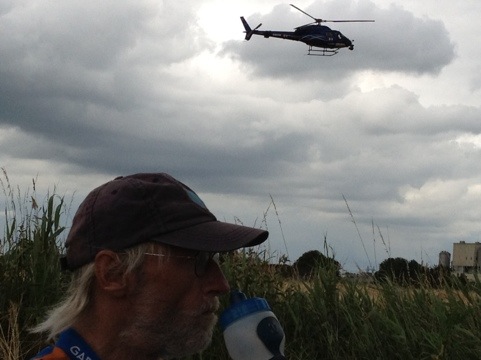 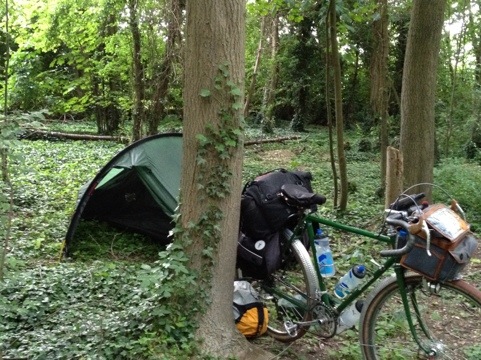