George and I have a head start on the peloton, having ridden the first 50km or so of tomorrow’s stage from Vise to Tournai. A stiff headwind isn’t making it easy, but we hope to be within striking distance of the finish tonight so that we can make Tournai before the peloton do tomorrow.

Last night’s camping spot was less than ideal, perched on the narrow strip of dirt on the edge of a field of snow peas just above a roadway. Being a Sunday, plenty of locals were out running and riding their bikes early in the morning only metres from our tents. But it was a stupid cooing bird that woke me up.

I can almost smell France over the horizon. I’ve seen quite enough of Belgium with its pushy drivers, thuggish inhabitants and disabled water taps. 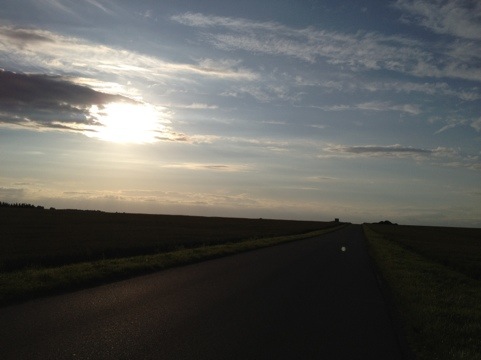 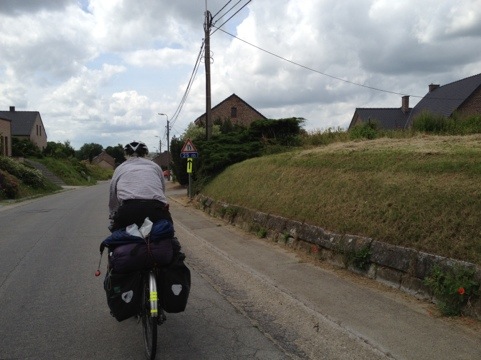 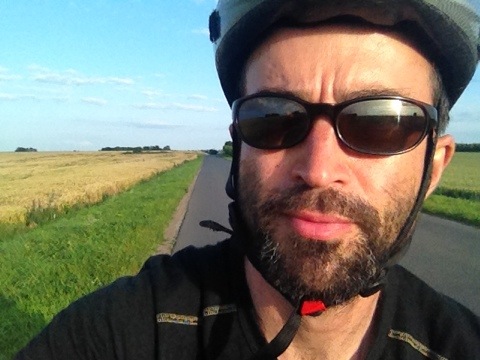 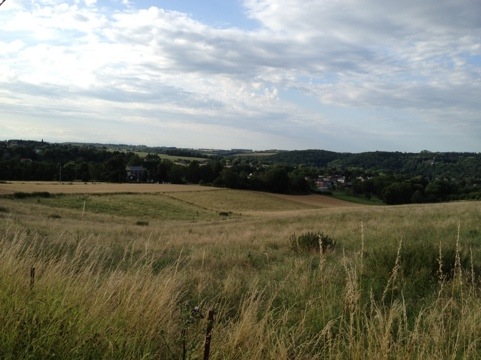