Reasons not to cycle in Germany 96km

George and I wandered into Germany for a day yesterday and were not tempted to linger for the following reasons:

You’re expected to ride on bike paths as in holland, but the paths in Germany are far bumpier, stop and start annoyingly and often turn into a normal footpath.

Germans don’t clean up their dogshit.

Germans lack the warmth, friendliness and perfect English of the Dutch.

German drivers are less considerate than the Dutch.

McDonald’s in Germany requires a log in to use the wifi, preventing cycle tourers from uploading their blog without having to imbibe a revolting quarter pounder. 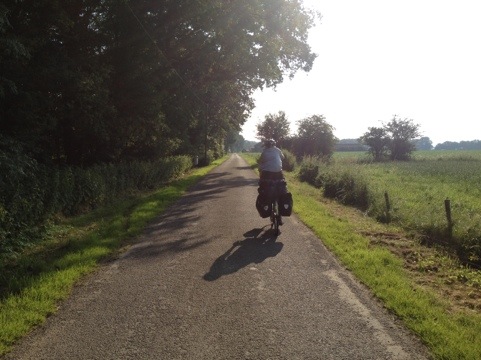