We entered Belgium today to visit the arrival town of Tournai and examine some of the cobblestone sections included in the Paris Roubaix.

A fairly flat and not particularly taxing ride, though my backside is unsure what to make of my new plastic racing saddle after riding nothing but Brooks or Ideale leather saddles for some time now. I’ll give it the benefit of the doubt for another couple of days before I do something drastic.

I encountered the second rudest Frenchman of the trip so far when we stopped at a small cafe a about 30km into our ride. If you don’t like customers why run a cafe?

Riding the famous cobbles of the PR was interesting on a loaded touring bike. It must be a punishing ride for the racers when they go over these sections with narrow racing tyres. Even my 42mm 650b tyres had the whole bike rattling.

Tournai have gone to far more effort for the tdf than any of the French towns we’ve been to so far. They have several exhibitions on display, one of which we managed to sneak into right on closing time at the Hotel de Ville. They’ve also produced a 21 page colour booklet none of which I can read.

Heading out of Tournai we had trouble finding water for our camp tonight until we came across a coach business that was unattended. So we helped ourselves to their tap.

Tonight’s camping spot is in a large pear orchard which George and instinctively dove into simultaneously as soon as we saw it after no luck finding any suitable spots to camp beforehand. It’s a tad noisy being close to the rail line to Brussels but ear plugs can solve that. 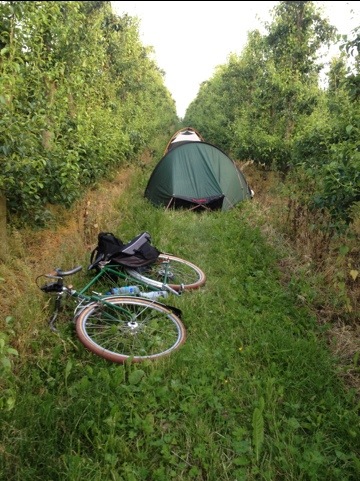 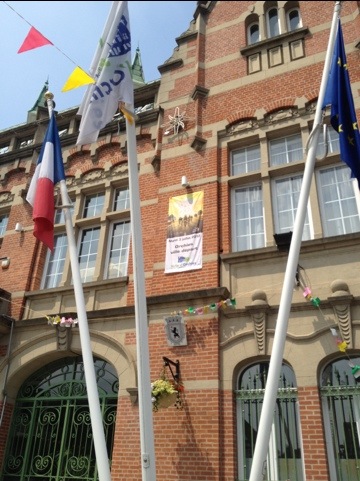 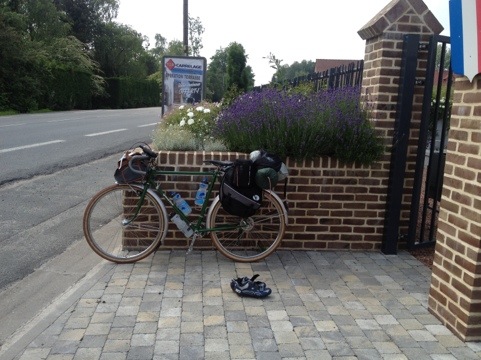 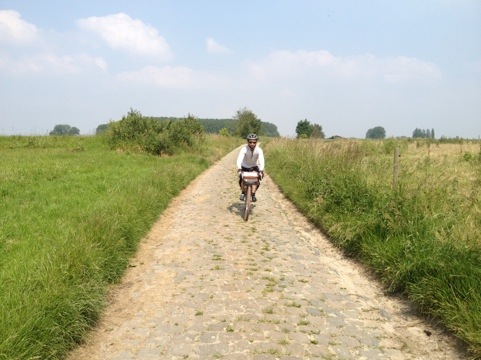 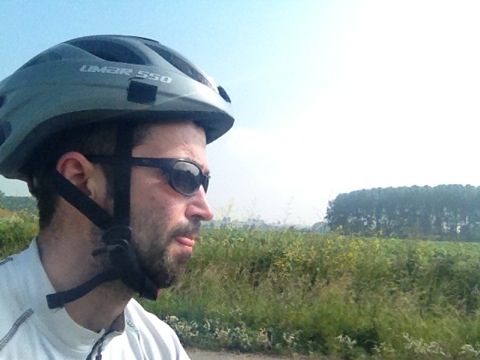