Sometimes it’s hard to gather the troops and on this occasion the earliest train we managed to catch out of Sydney was the 1015 from central to Maitland.  I thought I had been clever telling Marcia to come past at 830 but I wasn’t clever enough.  Men are unable to accurately account for the length of time taken for a woman to wash her hair. 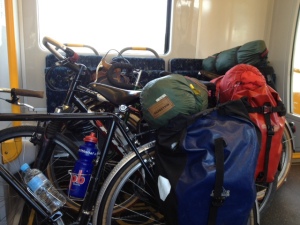 A gaggle of tourers 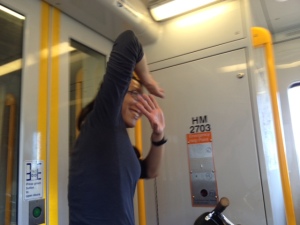 No photo, no photo!

This got us to Maitland at lunchtime and unfortunately the place looked like a ghost town so we were reduced to having a picnic lunch in the shopping centre outside Woolies.

By the time we finished eating it was about 3pm and the combination of limited daylight hours and my pathetic sickly state meant that we decided to change the original plan of riding 60km to Branxton and just opted for an easy 30km to Cessnock.

An unexpected dirt road near Cessnock 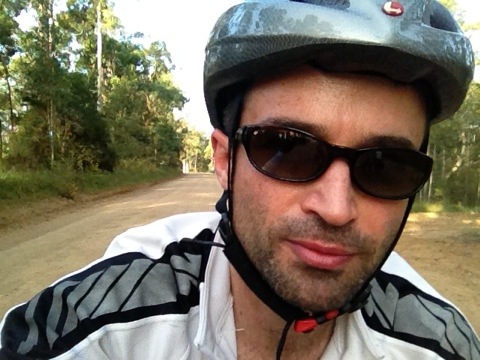 We are currently trying to be discrete as the sun goes down before camping at the local oval. It’s conveniently located next to the bowlo so maybe we can go there for dinner if they’ll let Ilias in with his clown pants.

He managed to get in but then scared the locals with his dancing. I tried to upload video proof but the WordPress app is crap. 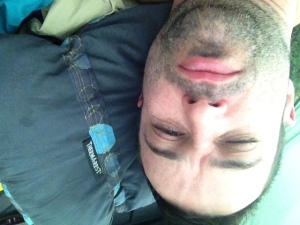 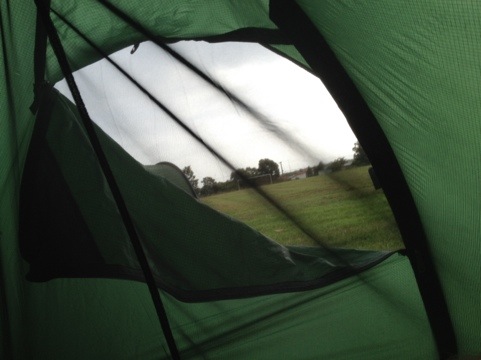 We awoke in our tents behind the goalposts if the Cessnock Memorial Soccer Field having stealth camped there in our green tents. Thoughts soon turned to food and being Easter Sunday the options were very limited. So McDonald’s it was, where I managed to consume two sausage mcmuffins with additional eggs and a large and insipid latte.

Our original plan was to ride to Dungog, but in the ongoing spirit of changing our plans we decide to change our plan and ride to the coast instead and go for a swim. So I pointed the gps to Newcastle and off we went.

Not an unpleasant ride overall, only about 60km. The outer suburbs of Newcastle look remarkably similar to Blacktown and had more than their fair share of cars with clear tail lights and noisy exhausts, or utes driven by men with shaven heads and very long beards.
We arrived at Bar Beach at about 3 o’clock and I made a bee line for the water, more because I badly needed to pee than for any other reason.
Ilias became very grumpy as his blood sugar fell and bought a shopping bag full of food that he inhaled on the train heading back to Sydney. He claims that raw bacon is delicious. 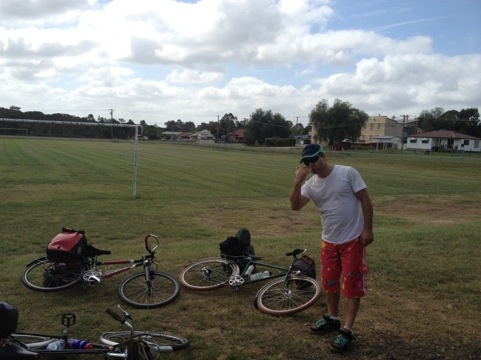 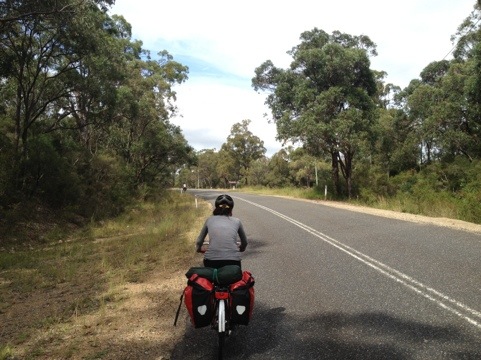 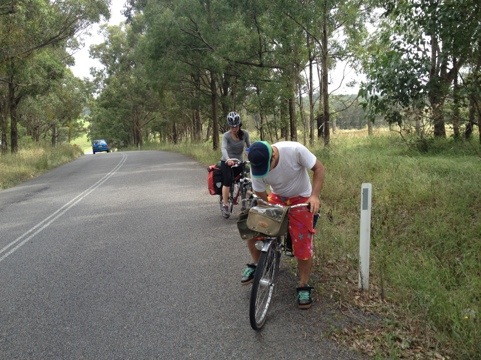